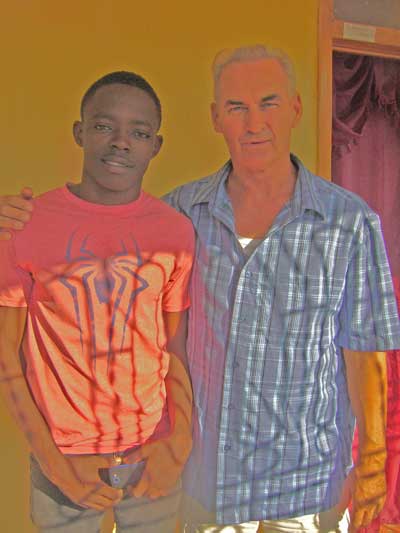 Well I am back to about 95% after my accident, by end of next week I should be fully recovered.
Our Lord continues to Bless our Kids Prison Ministry, two weeks ago we had 4 of the boys profess faith in Christ.
This morning I had a nice visit from one of the boys we led to the Lord about 1 month ago.
As some of you may know I had Frantz go see one the main Judges in the town where the boys are being held.
He was aware of our visits with the boys so Frantz was able to discuss with him about allowing some of them to be released.
Not 2 weeks after that meeting one of the boys (Ricardo) was released and showed up at my door.
We were able to buy him some clothes so he could attend Church, he is doing great and drops by to see me regularly 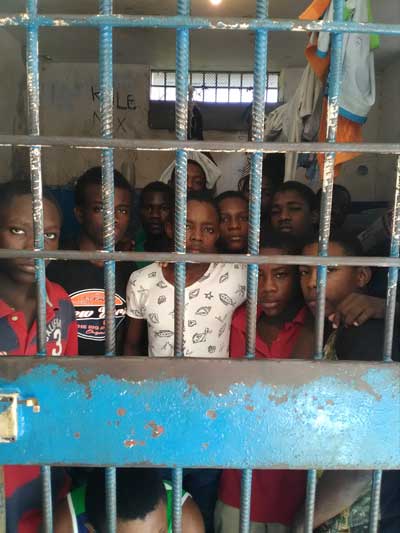 This morning a knock on the door and there is Dieufils( God’s son in creole).
He was released 3 days ago and came to Thank us for our Prayers and support while he was in prison.
He had spent 13 months in jail for fighting and told me this morning he is now a different person thanks to Jesus.
He lives in the town where the jail is and has found a church he wants to attend, before he could say any more I told him “Just a minute”
I then gave him a gift that would allow Dieufils to buy some clothes so he could attend church.
He gave me a hug and I then I asked for his phone number, will keep in touch with him to see how he is doing.
Please keep the boys in your Prayers
Lord Bless
Tony
PS: Dieuflis is the boy behind bars standing in the middle with a white shirt.